Trees provide many benefits, including shade and beauty. They also can pose some challenges, especially messy trees that drop fruits and branches, or those that produce a lot of sap. Fortunately, there are some pruning techniques that can help minimize tree messes so that the landscape is easier to maintain.

Conifers produce the most sap during the summer growing season. The sap, called pitch, is thick and sticky, which makes it hard to remove from sidewalks, patio furniture, and anything else beneath the tree. Conifers don't produce sap during their winter dormant period. They also tend to heal over any pruning wounds quickly once dormancy breaks in spring, which also cuts down on sap leakage. For these reasons, trim most conifers in late winter before they come out of dormancy so that the amount of sap leakage is reduced.

For some tree varieties, the main mess problem is from fruit production. This is especially frustrating when the fruit is ornamental and not something you plan to harvest, as it will create a stinky mess in your yard and stain the paving near the tree. Having the tree trimmed right after flowering occurs, before the tree begins to set fruit, means that most of the developing fruits are trimmed off before they can cause a mess. A side benefit is prompt trimming after flowering can increase the bloom amount the next year as more energy goes to bud production instead of fruit production.

Dead leaves, broken branches, and small twigs can litter the lawn year-round. Constant raking gets tiresome quickly, but the tree litter can be quite unattractive if left on the lawn. Your tree trimming service can thin out the crown by removing weak or damaged branches, along with any that rub together. Crown thinning opens up the tree canopy to light and air circulation, which reduces twig and leaf death. Between taking out deadwood and improving the health of the rest of the crown, less debris will be falling from the tree.

Certain deciduous trees are particularly high sap producers. Maples, willows, and magnolias produce heavy sap in the spring months. Dormant pruning, much as you would with a conifer, isn't as effective with these trees because their wounds don't heal as quickly in spring. Waiting to prune until the weather warms up in mid- to late-summer reduces the mess, as this is the season when sap production is at its lowest in sappy deciduous trees.

Contact a tree trimming company to learn more about minimizing messes from your landscape trees. 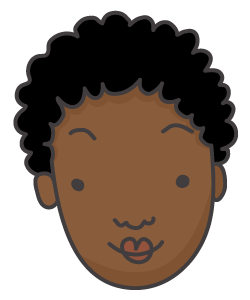